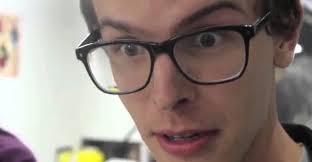 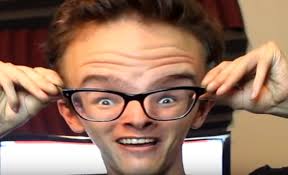 Carter’s Content Cop series highlights other YouTube channels, critiquing their content as well as their owner’s behavior on social media. Each episode of Content Cop has been dubbed as an “event” by fellow YouTube commentators, with every new episode sparking controversy. Fellow YouTube personality Philip DeFranco has stated that he is a fan of Carter and that “no one does hit-pieces better than Ian” referring to his thorough but also entertaining style of criticism. Usually, after a Content Cop video is released, the creator or creators under scrutiny lose a significant amount of subscribers and their like-to-dislike ratio lowers. Carter has produced Content Cops on a wide variety of YouTube personalities such as Daniel “KEEMSTAR” Keem, Calvin “LeafyIsHere” Vail, Tana Mongeau and Bryan “RiceGum” Le.

Carter’s first Content Cop was released in December 2015 and targeted reaction YouTuber Jinx Reload. In the video, he criticizes his original videos being cringe-worthy (namely How to get YouTube Famous, his parody interviews where he interviews pop stars and their responses are the vocals to the interviewee’s songs, and Cartoons in the Hood), the fact that he hasn’t improved the visual quality beyond 720p (claiming it was so he could upload more frequently), and his non-transformative reaction videos.